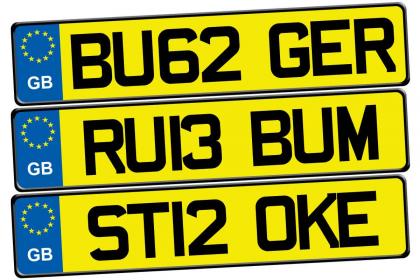 September marks the return to school for children all over the country, the football season is in full swing and the gradual transition between Summer (‘was that it?!’ you’re probably saying) and Autumn begins to take shape. It also means a new set of number plates on cars and a number of new models launched to coincide with this. Since 2001, the DVLA update plates twice each year covering March to August, and then September to February.

The new combination to look out for is ‘66’. No, nothing to do with the 50th anniversary of England winning the World Cup. Plates from March to August 2016 have ‘16’ as the number, representing the year. For September to February, a five is added to the first number, hence ‘66’. Next year will then be ‘17’ followed by ‘67’. The letters before the number make reference to the area code of the car (anything starting with L is London for example).

Of course, the most exciting thing about new plates are the new cars available. Here are a few new models to keep an eye out for:

With a huge improvement in reliability, Alfa Romeo’s are beginning to gain a reputation for the substance being more than a match for the style. The Italian company put back the release of this latest model to allow time for it to receive 5 star NCAP rating, but is now ready for the road. Prices start from £29,180 with a range of different specs available.

With a number of crossovers already in their range, Audi are looking to challenge the likes of the Nissan Juke and BMW XI with their Q2 model. Maintaining the style that Audi have become renowned for in recent years, it comes with two-wheel drive as standard but has the famous Quattro system available for those who enjoy the 4WD available. RRP £22,380.

No longer just seen as a box on wheels, Volvo has designed and built some of the most attractive cars on the road in the past five years. Just take a look at the C30 for proof. And the good news is the quality has remained the same. The S90 only enhances this reputation, combining all the safety tech you would expect from a Volvo with a refined cabin space. Available with a range of specs including the T8, which is a plug-in hybrid. Great for the environment and keeping your road tax down.

In production for two decades now, Ford are upgrading the base model this year. The KA+ is replacing the KA city car as part of their new small car strategy. A starting price of £9000 aims to attract customers, alongside components used in the ever-popular Fiesta. That, combined with its good looks, should prove to be a hit.

Top car salesmen phrases and what they really mean

The UK has a proud history of car manufacturing, but is still a major force in vehicle design and manufacture today. Find out about the key points of the UKs automotive history.…

Our car buying checklist will help you through the process of buying a new car, from selecting a vehicle to understanding your finance options.…