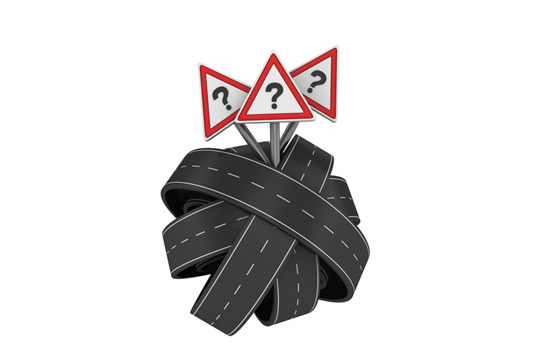 All the driving laws in the UK are enforced to ensure the safety of road users, but there are many instances where they can be confusing. Certain aspects of driving are not illegal but could put drivers at risk of prosecution, and others maybe should be illegal but are not.

As a gap insurance provider, we wanted to explore how well drivers in the UK understand the rules and regulations of the road and clear up some of the grey areas many find confusing. To do that, we surveyed 1,500 UK drivers on the laws of the road. Here is what we found:

Filming a video or taking a selfie on your phone

Using your phone while driving is a controversial subject that has certain loopholes that can cause confusion. In our survey, 70% of UK drivers said it was illegal to film a video on your phone, and 74% said the same for taking a selfie.

It is currently illegal to use a device which performs “an interactive communication” behind the wheel, but it is in fact not illegal to use your phone for filming or photographs while driving.

You can still get prosecuted if you are deemed to be driving without due care and attention. The act also becomes illegal if you are intent on or proceed to post the video or photo on social media or send it to someone while driving.

Using your phone for navigation

Using a hand-held mobile phone or Sat Nav app while driving are both illegal – it is only legal if you have your navigation set up on a hands-free device before you start your drive. This shows how drivers could be putting themselves at risk of prosecution on the road, with the majority answering this one incorrectly.

Lights on your car

When it comes to the inside lights of the car, this is a different story. There’s no law against driving with your interior lights on but police could ask you to turn them off if they’re deemed to be a distraction. In rare circumstances you could be charged for careless driving, so it’s best to avoid using them unless absolutely necessary.

Smoking in the car

Smoking in the car is no more an offence than eating or changing a CD when behind the wheel of a car. Most drivers involved in our survey got this one correct - just 13% said they thought smoking in the car alone was illegal. The highway code does have it listed as a distraction to avoid while driving, alongside the likes of loud music, reading maps and arguing with passengers or other road users.

Smoking can become an offence depending on the circumstances. In England, you can’t smoke in a company car if it’s used to transport the public or used by more than one person for paid or voluntary work.

Condition of the car while driving

There are certain rules about the condition of the car before driving that causes confusion amongst drivers. 43% of people said it’s illegal to drive without a petrol cap. There is no law against driving without a petrol cap, but it isn’t recommended. It could see your fuel efficiency decrease and potentially do more damage to the environment.

However, there is a law against driving with mud covering your number plate. 73% recognised that this was an offence. The law states that a number plate must always be readable, and drivers can face a £1,000 fine for not complying with this.

Driving on the motorway

Our survey also covered some of the grey areas of the law regarding driving on the motorway. Just over half (54%) said hogging the middle lane of the motorway was illegal. It is considered an offence, but it comes under ‘careless driving’, along with the likes of tailgating. Despite being a potential offence, many drivers in our survey admitted they have been guilty of middle lane hogging in the past, with 12% saying they have done it while driving.

One-in-five (20%) also admitted to undertaking someone. While undertaking is not strictly illegal, it could be deemed as ‘careless driving’ and the driver could face a fine.

Eating and drinking behind the wheel

You can be penalised for eating and drinking behind the wheel if the police consider it to be careless driving. This results in an on-the-spot fine of £100 and three penalty points on your license. Eating and drinking behind the wheel could potentially be dangerous if it distracts you from concentrating on the road, so it’s best to avoid it where possible.

Not every aspect of driving included here is illegal, but nearly all have them could put the driver at risk of prosecution. Our survey found that 97% of drivers selected at least one of these potential driving offences as legal, meaning they could be putting themselves at risk of prosecution without realising. If any of these are avoidable, it’s best that drivers avoid them even if they’re not strictly illegal to ensure they stay safe and avoid a fine or penalty points.

Get an Instant GAP Insurance quote

Survey: Only one in 10 drivers have GAP Insurance

Drivers worried showroom staff will intimidate them, rip them off and leave them feeling embarrassed.